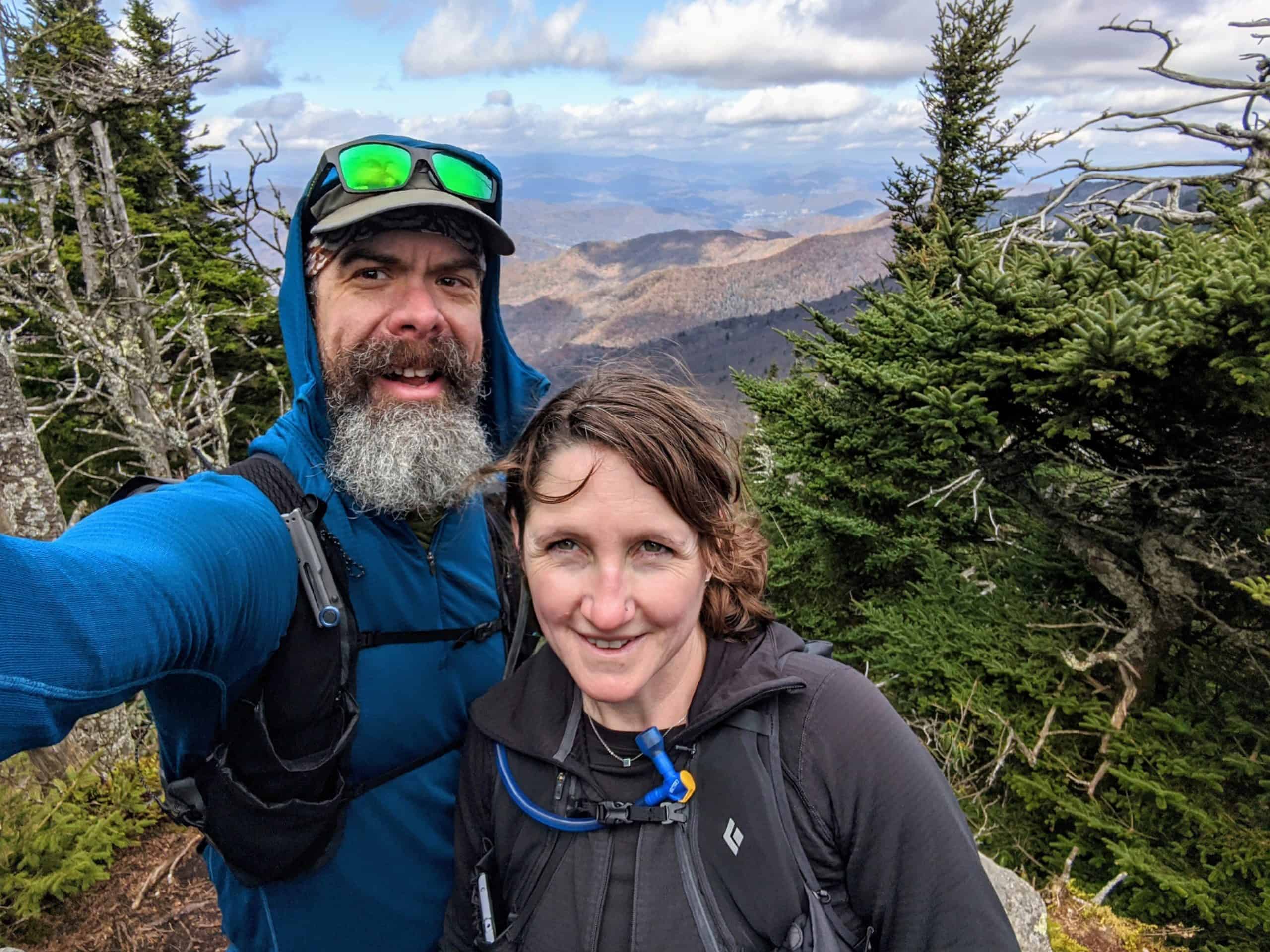 Meet Allison and Joe, an ultra-marathon running duo out of Chicago that always seem to be on the run – literally.

Their story dates back to the bustling hallways of Grissom high school in Huntsville, AL where boy met girl and life would never be the same – they just didn’t know it then. Coincidentally, life reunited them after college and the two have been inseparable since, clocking 23 years of marriage and thousands of miles together. Their family now includes their daughter Eleanor, who graduated from college and is having her own adventures, and two beloved cats, Harper Lee and Dinkel Bot, who are both on deck for co-pilot van training this year.

Soon after they met, they both fell in love with ultra-distance running, a footrace that is longer than the traditional marathon distance (26.2 miles). Uhm, wow.

“My first ultra-marathon was the 50-kilometer (31.7 mi) Mountain Mist, in Huntsville Alabama” said Joe. “If a little run makes you feel good, a big one should make you feel great, right? In addition to often being painful and always challenging, there was a euphoric sense of freedom and we wanted more,” said Allison. “To date we have completed more than 50 ultras between us, and we often average one a month. On weekends we aren’t racing, we are out and about on adventure runs. We are always on the go and wanted a van that would make the trips easier, help us save on hotel costs, and also allow us to fully become part of the running community,” said Joe. If you’re a runner, you know that the running community becomes extended family. It is not uncommon for runners and their families to arrive the night before or stay afterwards to camp and hang out together. “You’d see people arrive in their converted sprinter vans or hero vans, and it was cool to see these makeshift communities pop up overnight. That’s how we got the idea to get our own van,” said Joe.

Eventually, Joe and Allison bought a VW van. The goal was to offset hotel costs, make the ride a little more enjoyable, and become part of the community. Sadly, that didn’t quite pan out the way the pair anticipated. “While we love our VW van, it wasn’t reliable. We had our fair share of breakdowns en route to races and it was hyper slow. There were trips where we reverted back to camping in our Honda,” said Joe laughing.

To boot, the VW was not easy to drive. “Shifting the 37-year-old transmission was seriously sketchy, so I rarely drove it. That meant that Joe would run a race and then have to drive us home too. Not the best situation!” said Allison.

After a five-year love-hate relationship with the VW, all it took was a simple exchange of words, “we could sell the VW” to put things into motion. Within a week of this comment, Allison and Joe bought their ProMaster in June 2019. On Aug. 22 (Joe’s birthday coincidentally), they drove to Colorado to meet up with Ian at Wayfarer Vans to convert their van.

Since the Wayfarer upgrade, they have clocked nearly 22,000 miles and have spent 50 nights in their Walter, now called Sam. “What’s awesome about having Sam is that it has opened doors to new adventures,” said Allison. For starters, the duo is now part of Summits on the Air (SOTA), a community of amateur radio operators that climb mountains and use a small ham radio to communicate with other operators. “It’s pretty cool to make your way up a mountain, get to the top, and then try and connect with others that are also out there, sometimes on other mountains,” said Joe. But this active pair doesn’t stop there, they’ve also joined in on the Fastest Known Time circuit, a community that keeps tabs on the best routes, including where are they, who did them and how fast. (Though, Allison refers to their FKT as FOKTs (Fastest and Only Known Times), since though they run a lot, they do not run fast.)

“What’s funny is that we bought the van because of the number of ultra runs we were doing, but since getting Sam, we have signed up for less races. Instead, we’re going on different adventures that otherwise would not have been possible,” said Allison. “Having the van means we can decide Friday afternoon that we want to go run a new trail and be there Saturday morning. Sometimes that means boondocking in a Walmart or Cracker Barrel parking lot Friday night. It’s all part of the fun!”

Sam has trekked the eastern United States like a champ. From the far northern reaches of Michigan’s Upper Peninsula down to the piney woods of Florida, this mid-life questing duo spends nearly every weekend on the road. Some of their most memorable treks include lesser known destinations like Dubuque, IA, La Crosse, WI, Asheville, NC and their favorite: a camp site perched at 11,000 feet in Medicine Bow National Forest, Wyoming. True believers that the world is your oyster, the duo is gearing up for two big endeavors this year. In March, they head to a big route in the Appalachians called the Bartram Trail that runs from North Carolina to Georgia. Their goal? Set the Fastest Known Time on this trail. Good luck!

The second adventure will take them to The Ozark Trail 100 Mile Endurance Run, a point-to-point 101-mile ultramarathon on the Ozark Trail through the Mark Twain National Forest in south central Missouri. Their goal? Provide aid and support to runners. “We’ve benefited from countless volunteers we’ve encountered at races and now it’s our turn to give back,” said Joe.

So, there you have it, the story of the dynamic running duo from Chicago and their faithful (and reliable companion) Sam.

Where will your Wayfarer Wandering take you next? Happy trekking!