Raising a kid in Colorado can be both inspiring and intimidating.

It’s totally normal to see parents skiing, biking, running and adventuring with babies and toddlers in tow. You see your friends’ kids bagging peaks and joining the mountain bike team. On the other hand, parenting is hard, and changing routines and comfort zones can be even harder. This winter I’ve gone back and forth with the idea of getting my four-year-old son on skis. I love the idea of adding a winter activity to our family’s routine. But I had a legitimate fear of forking over several hundred dollars for lift tickets and lessons only to get to the ski hill and have to deal with a toddler melting down because he doesn’t want to wear his jacket.

We binge watched the Olympic and Paralympic Winter Games. My son pretended to ski and snowboard around the living room and told me he wanted to try it, but I still couldn’t bring myself to sign him up for ski school.

But early this spring, the stars finally aligned for my son’s first ski day. I work for Wayfarer Vans and our shop van just had the new rear passenger seat installed. Ski Cooper dropped their lift tickets to only $40, and kids are always free. And Ian, who is an excellent skier and owner of Wayfarer Vans, volunteered to teach my kid how to ski. Even though it was only for a daytrip, having the camper van gave us our own mobile basecamp, making it easy to get dressed, pack all the extra snacks and the emergency potty.

Was it a perfect day? Did my son discover his natural talent as a skier?

Turns out my son would refuse to walk in ski boots if any snow stuck to them. My biceps burned from hauling him and my ski gear across the parking lot and base area. Getting on the magic carpet took 20 minutes and three people negotiating with a preschooler. At the top of the bunny hill, he immediately fell backwards and was scared to stand up again.

But, we ate some snacks. We alternated holding onto ski poles or a hula hoop. We practiced our pizza and hotdogs (yes, I know french fries are the more commonly used food of the ski curriculum, but who am I to argue with a four-year-old?)

And it started to click. He had a blast.

And after two laps, we retreated to the camper van for the promised hot cocoa and lunch.

We could have tried to squeeze in one more run on the bunny hill, but I sent Ian and my coworker Michael off for their own ski runs while I hung out in the van while my son napped.

He slept comfortably on the lower bunk platform, and I could rest easier too without the worry of him rolling off the top bunk. Parent tip - put up the window shades, lower the partition and bring along your whitenoise machine or nightlight of choice for the coziest naptime experience possible.

The next day when it was time to return our rental gear to the ski shop, my son started crying that he didn’t want to take his ski boots back.

I’ll call that a win. 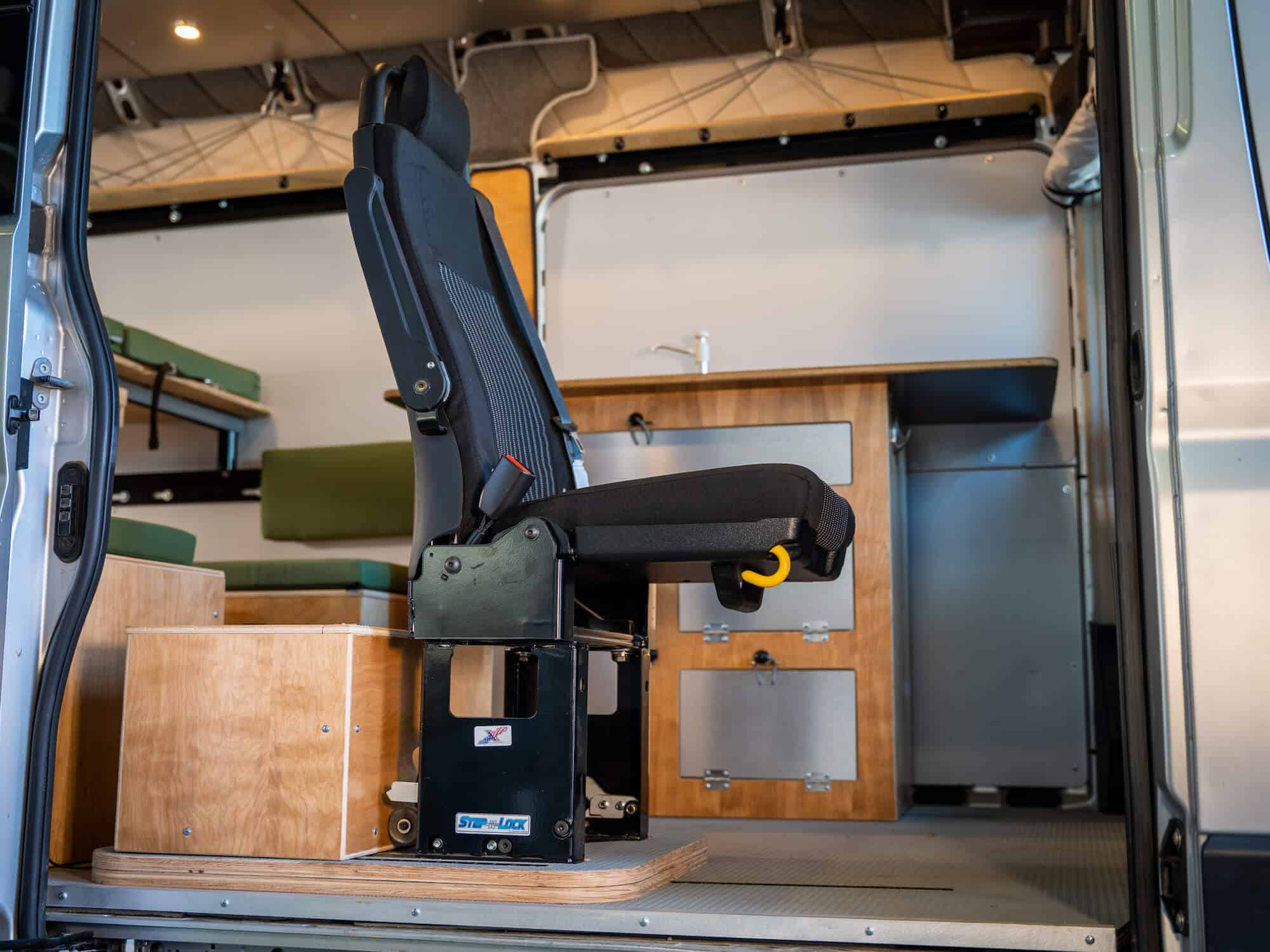 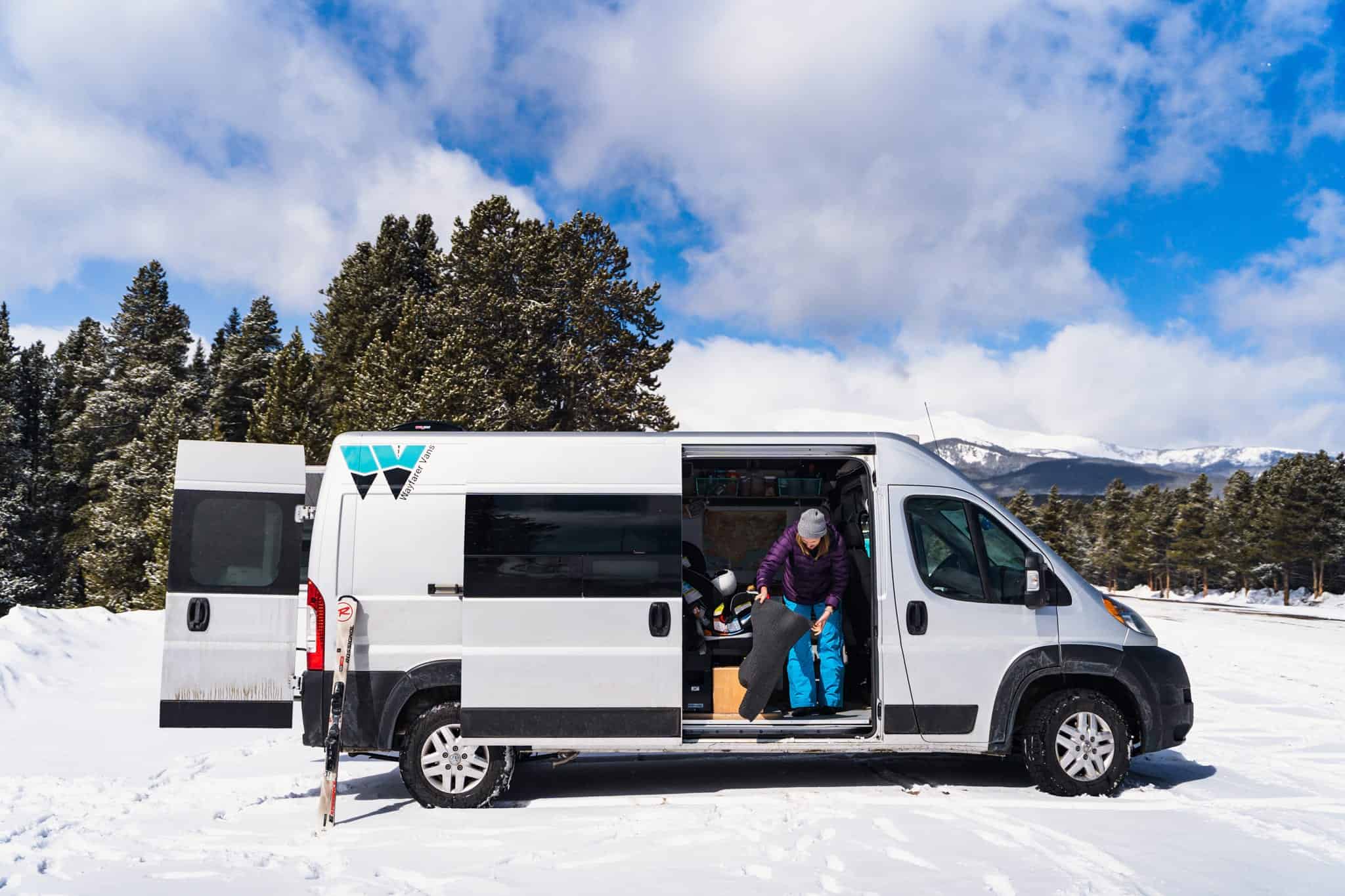 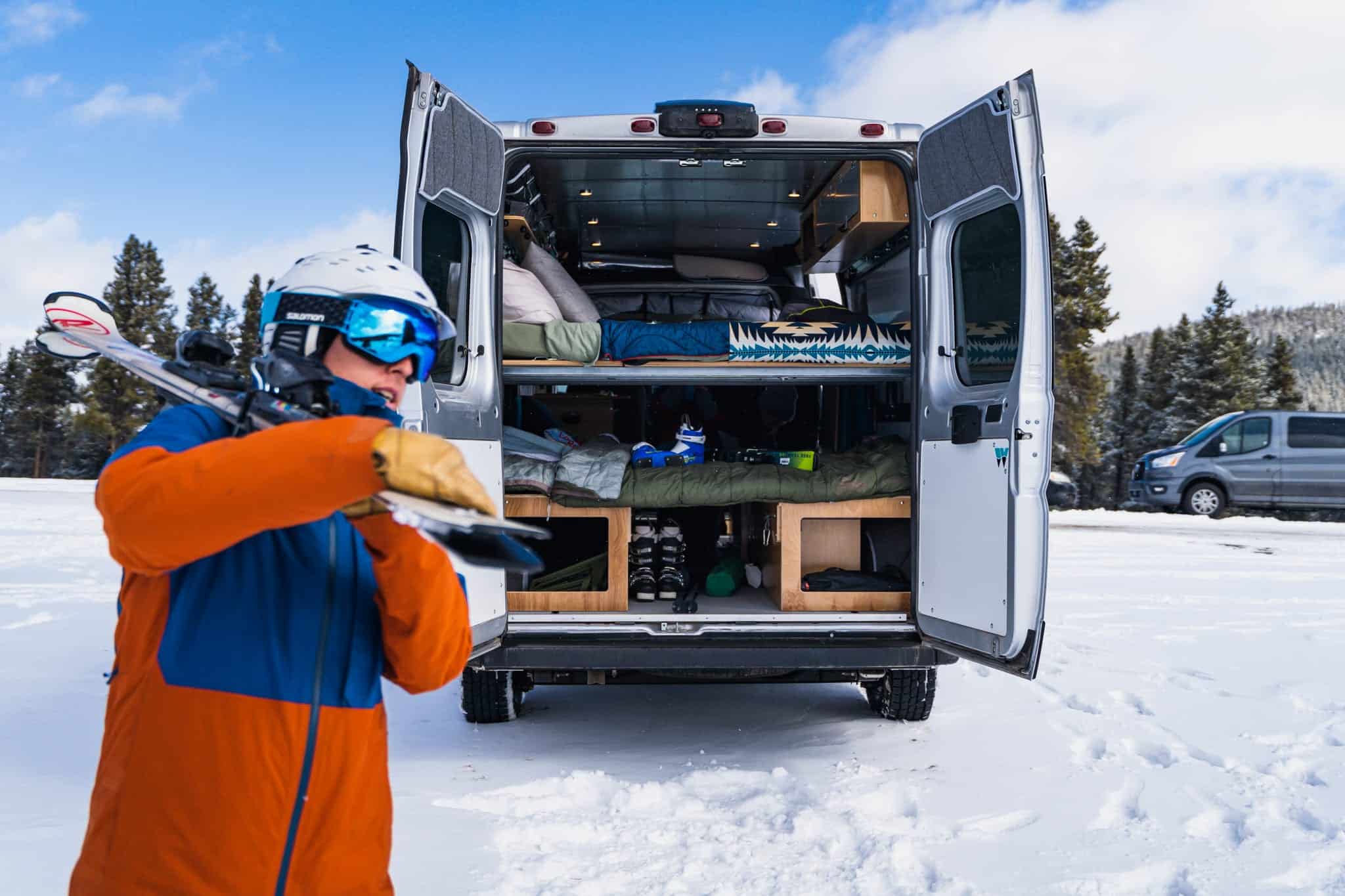